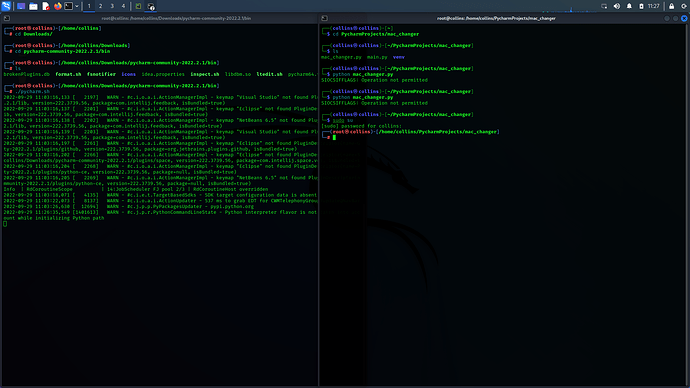 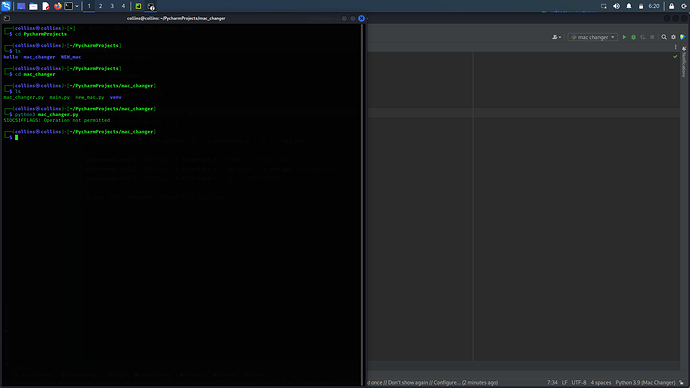 Thats the error display on the terminal when running my python scripts.

Try - sudo python3 mac_changer.py As this is changing mac address you have to use sudo privileges to run it

Hello i’m still having problems its displaying the same errors.

sorry for the late reply I having been busy now its working after doing what you told me but now then after finishing the unit I had some errors on my python scripts while running them though I wrote them well. And its refusing again the errors are here and also the python scripts. 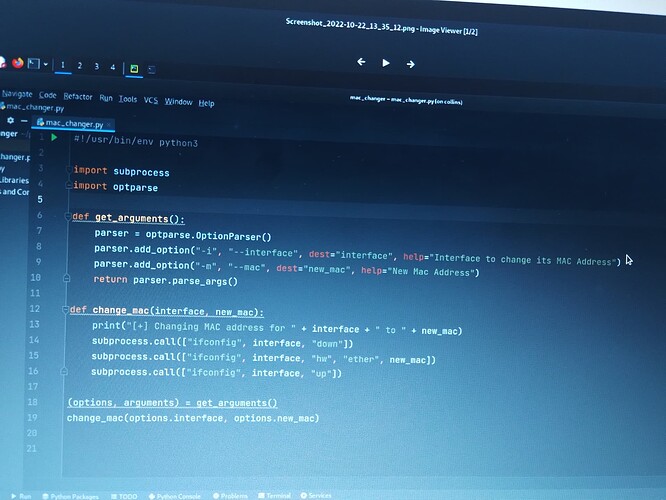 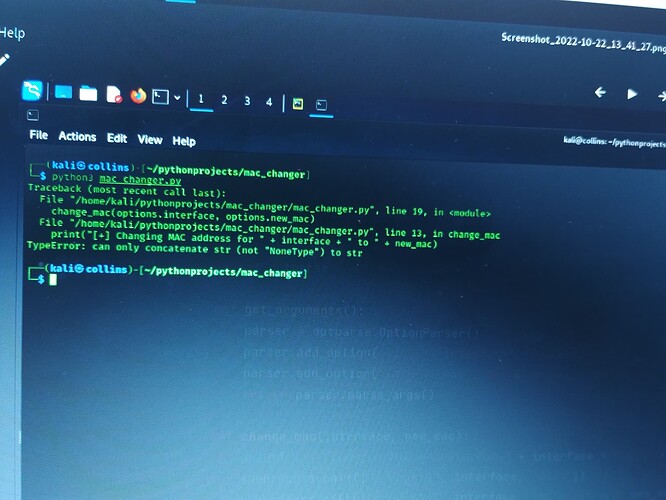 You are running the script wrong. You have to provide additional arguments for this program as written in the program itself. I would highly suggest learning basics of python before using any of the scripts. It will help you a lot in understanding what the program does.