So finally getting back into these courses, but the video portion of the web page in any of the courses is blank (see image below). I have VIP access, so have tried a number of the courses all with the same result.
This is occurring for me on Win10 machine within Chrome “Version 71.0.3578.98 (Official Build) (64-bit)” as well as Firefox Quantum version 64.0. Also Internet Explorer.

Previously these worked fine, but it has been probably 12months since I last got into them.

Videos embedded in other websites etc, youtube, vimeo all work.

Any ideas of where to start chasing this problem? 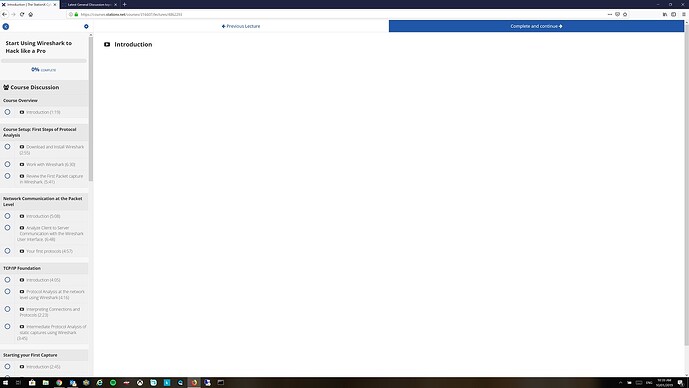 Found the issue… my Pi-Hole was blocking the DNS lookup for “fast.wistia.com” so now that I have whitelisted that it works…

Yes, the course videos files are hosted on Wistia so it makes perfect sense. They had to be hosted externally as the number of courses grew too large for regular hosting.

Thanks, it just took a bit to see it slide through in the tailed logs so I could work out that was where the issue was. Straight up whitelist entry and all good.