Hi @AtharvaJoshi, You have downloaded Windows 10 VM image I suppose from the Microsoft official website. To download the Virtual Box, go to Virtual Box’s website to download it This is the link to it https://www.virtualbox.org/wiki/Downloads 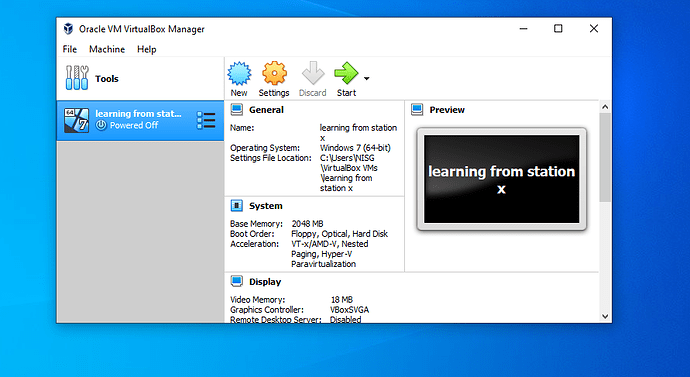 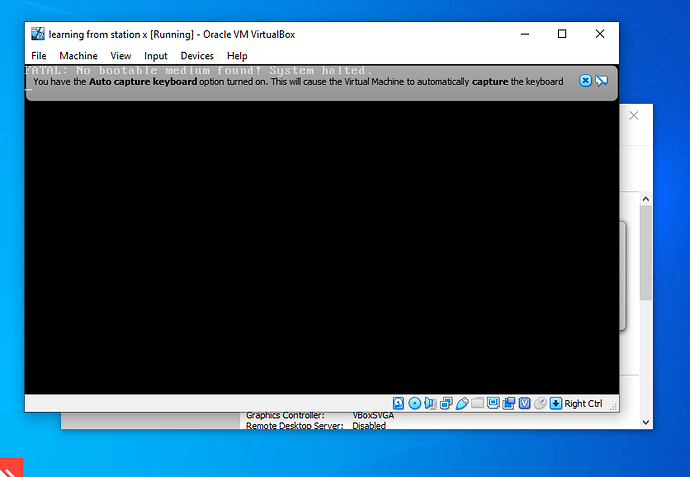 your quick response will be highly appreciated.

Do you have a Windows 7 iso file or ova file? The error is about not finding a bootable medium that you don’t have a Windows 7 bootable file for this VM. Do you create this “learning from stationx” on your own? If yes, then you have to include an iso file for it to boot it up.

Hello Apurv
As you guided me from the beginning i would like to tell you in brief what happened . As our teacher Nathan House provided us some links i clicked on the microsoft link where i ended up with downloading a file of space 6.7 GB that file was supposed to be unziped in WinZip as i unzipped that file it was .ova file which redricted me to some another webpage saying to download VM ware for windows or someting i have shared you the screen shot of it already and later as you told me to download virtual box from virtualbox.org i have downloaded its latest version for windows the file instralled was only 109 MB only. after which i clicked on the downloaded file it was showing an option to install and last step was setup . I named this file as learning from station x and clicked on the button to start it shows me the command prompt and it shows me nothing.

My laptop has windows 10 and i was getting the windows 7 as latest version available with the virtual box. I am unable to find the ova file which is downloaded from virtualbox.org 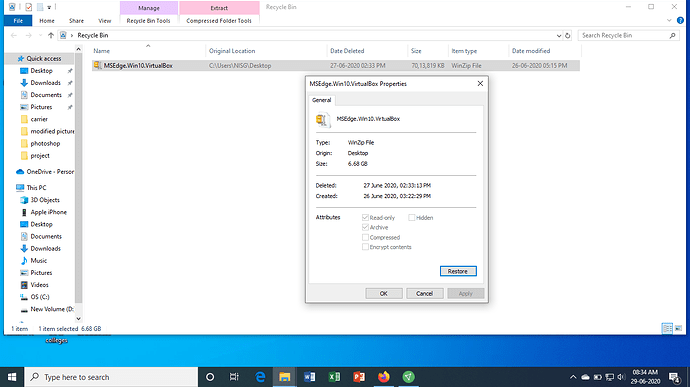 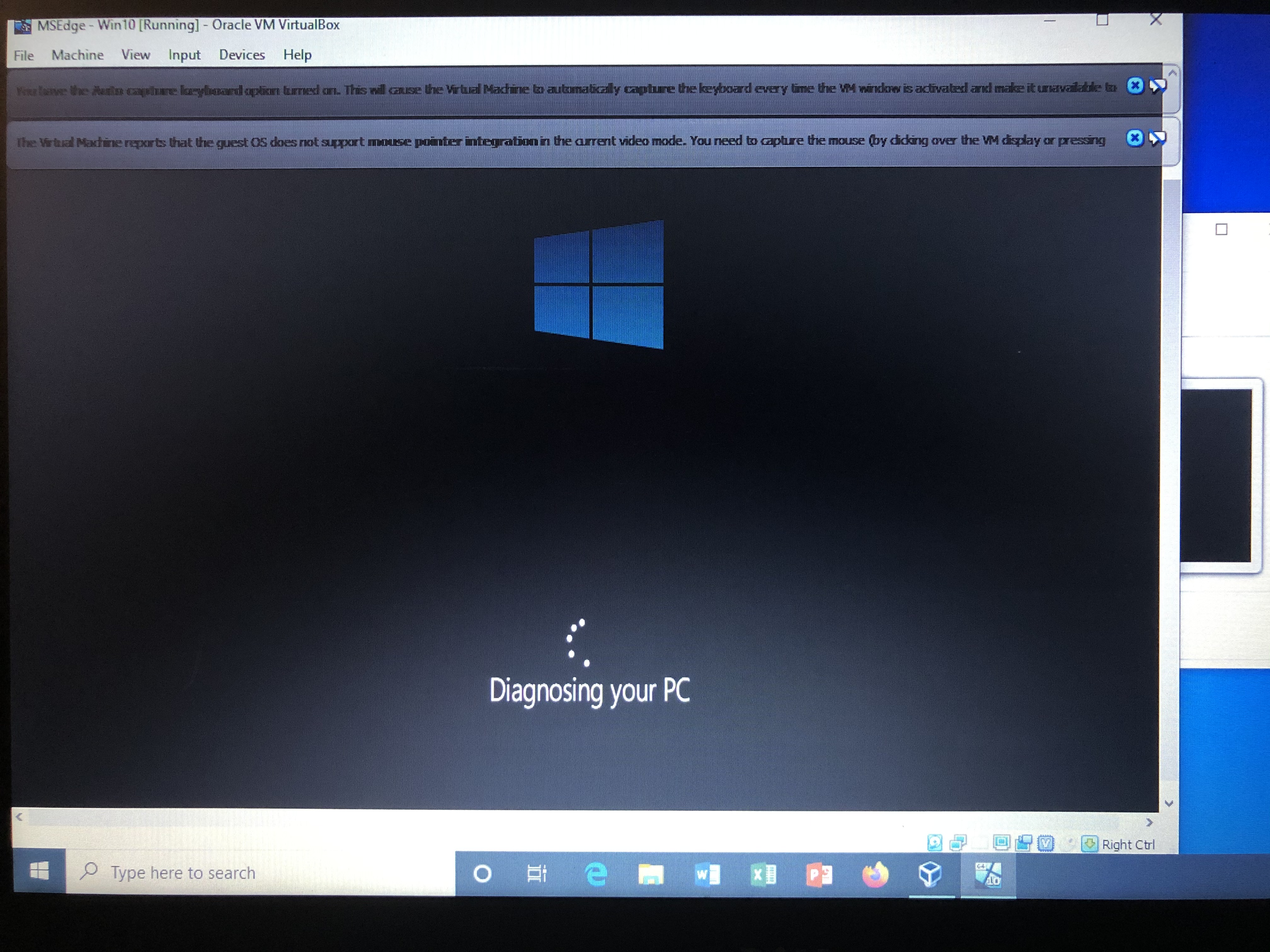 In the first screenshot, it shows you downloaded a Win10 OVA file, which needs to run inside VirtualBox according to the lectures you likely (?) have already watched. I see that you afterwards installed VirtualBox and tried running the Virtual Machine.

Not sure the problem as there really isn’t enough information. I recommend this: reboot your computer, open VirtualBox, select the Win10 VM, choose Settings -> General -> Basic -> Version -> choose Windows 10. Go to Display-> Video Memory and set to the maximum (128 MB?).

Try running the Windows 10 VM again and report back.

Edit: in the screenshot that shows Windows 7 in the dropdown box, it’s clear by the scrollbar on the right that you can arrow down further. It seems that Windows 10 should be just below.
Also make sure in the settings of the VM you have the correct 32 bit or 64 bit chosen according to the OVA downloaded.

Alright as you said me i have followed your each and every step now it is working on my laptop but it shows me some error that i need to get recovery. so please help me in this case i have attached the photo of the error 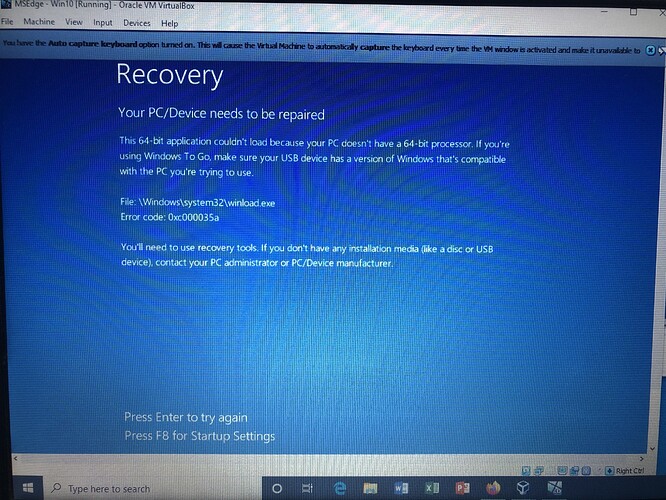 The error is saying you don’t have a 64-bit processor but trying to run a 64-bit application. In your main Windows 10 host operating system, can you go to Settings, then System, then at the bottom go to About. Look at Device specifications, then the line with System type. Does it say 64-bit operating system, x64-based processor?

First I would like to thank you for giving me technical support. I have followed your each step so in host operating system i have seen it shows 64 bit operating system. so i soon realized my mistake that in guest operating system{i.e virtual box } under settings>general>basic>version> it was windows bit 34 now i have changed it to bit 64. and now my virtual box is running as it should i am able to use virtual box. But there is one more issue that the virtual box is working very slow and gives a delayed response and even it is not even showing some features properly like as i was able to see that the time was 9:49 PM it was only showing me 9:4 that’s it. Under properties it even does not show the entire properties some are shown rest are hidden. On opening command prompt it was showing me nothing. why is this happening i don’t know whats the reason is it the problem of graphic card or what.

please find the attachment of screen shot below 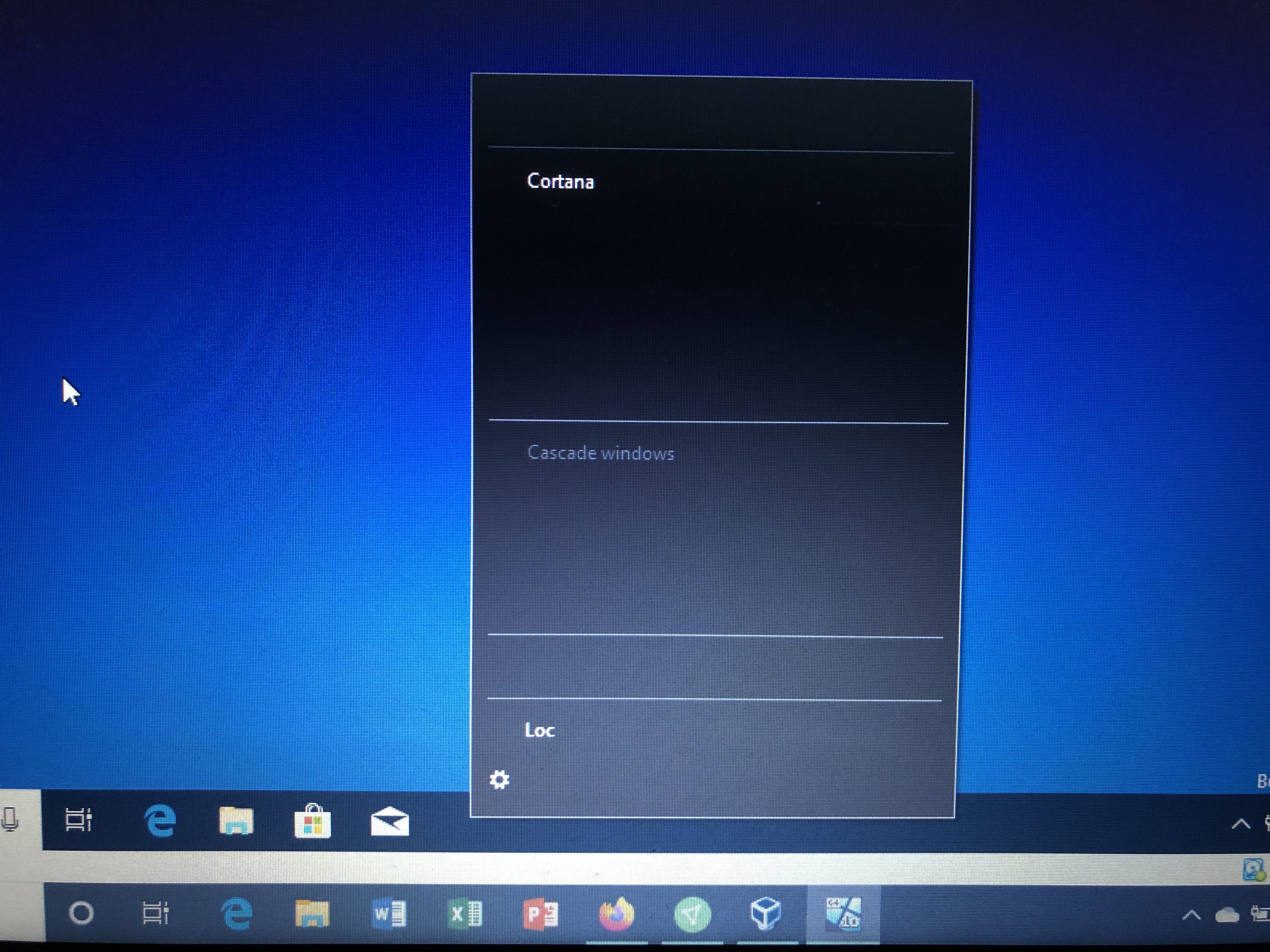 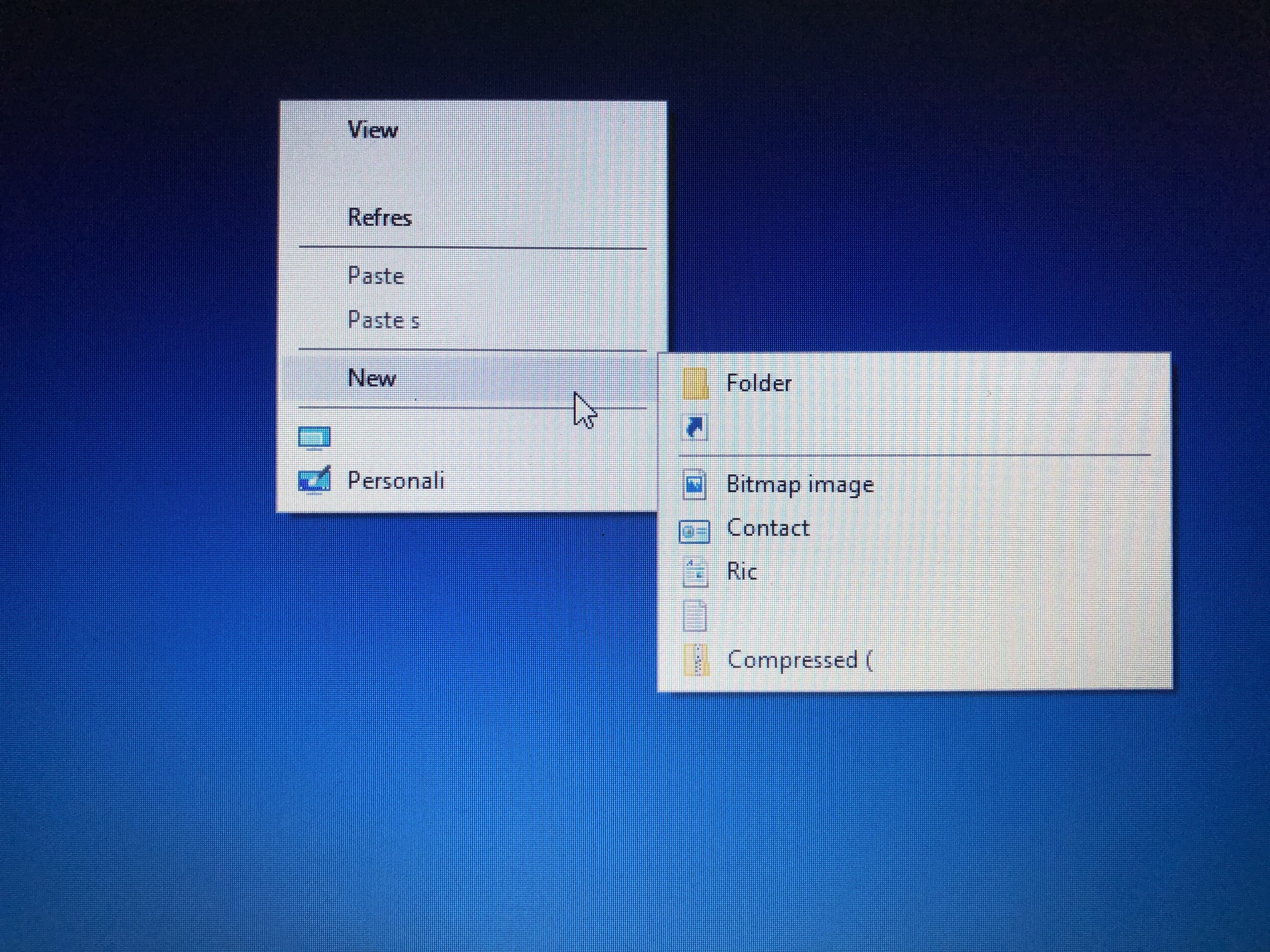 How much RAM does your host have? How much have you allocated to the guest?

How much free space do you have on the host drive?

My host has the RAM of 4 GB and i don’t have any idea how much i have allocated to the guest i have free space in host upto 393 GB. If you want i have attached the screen shot below of the storage for guest about RAM i cannot tell because i myself don’t know about that in case of guest operating system

With your host having 4 GB, running a guest Win10 is going to be slow & may not load everything.

In my opinion, that’s not going to be enough RAM to run without major headaches. Your computer is going to be reading & writing to the drive all the time.

Well if it does not load everything then there would be a big problem for me because all the configuration needs to be made in virtual box. is there not any other option to run windows 7 or lower version on my laptop where the host is windows 10. if there is any other option then please do tell me i really require your help in this case.

There are options mentioned in some lectures that I can’t remember at the moment.That said, 4 GB is barely enough for Win10 as your host even before trying to run VirtualBox and virtual machines.

Here is a test: reboot your computer, sign in, don’t do anything else, just walk away from the computer for 10 minutes. Return and open up both Windows Task Manager and Resource Monitor and see how much CPU, RAM, and swap is used. Too much.

You could then open up VirtualBox and any VM and monitor the host again. I think you’ll find yourself quite frustrated at what you see. It’s just not realistic to not have headaches, unfortunately.

Then i guess i need to play around configuration with my main host system i am left with no choice but to do it.

I really appreciate your concern about me. I would like to tell you from the starting as told by our teacher i want to download virtual box, now the current situation is the virtual box is working properly it was only the fault of invalid settings, now on opening virtual box i see that when i go click on internet explorer it takes time to load in guest operating system and some of the features are not displayed on the desktop screen. For instance I press left click on desktop the all options are not available. even i tried left click>new> under that the logo of shortcut is available but the word SHORTCUT is not written that makes very difficult to understand how to go further. If you can see i have taken screen shot in my previous conversation and you may notice the problem that i am telling you. I have only downloaded Windows 10 but as i can see that Windows 10 is not working properly in my guest operating system i thought to take advice from you that how to run windows 7 in guest operating system. please help me how to get all options available.

Got it. As I said, you can’t run Windows 10 as it takes a considerable resource, and 4 Gb is not enough. You can run Windows 7 though, and you can download Windows 7 iso from the Microsoft website and install it in your Virtualbox

Alright can you please provide me the link from where i can download windows 7 for Virtual Box as i have downloaded windows of 6.7 GB from the given link https://developer.microsoft.com/en-us/microsoft-edge/tools/vms/ and i have clicked on Virtual box it did not gave me any option it just said to download at that time. So i was also not sure which version of windows i have downloaded

It’s written on that page itself that this is a free Windows 10 virtual machine for 90 days. You can buy Windows 7 from Microsoft. They used to provide a free trial version, but they have stopped it after releasing Windows 10.