when i try to run the code that Zaid Al Quraishi explained in his course it doesn’t work(course name is “learn python and ethical hacking from scratch”), it works on the virtual machine but not on a kali Linux bootable stick and i wanted to know why it doesn’t work the code is exactly like in the course but I think it it my problem because i tried with other codes that should have done the same thing but that doesn’t work too and yes i tried to put my_router_ip_address/24 to scan every device but it still doesn’t work.

Does your bootable Kali have persistence enabled?

What scripts are you running? There are multiple scripts in that course. Which ones have you tried and it didn’t run on bootable Kali?

i tried a network scan and a arp spoofer and both dont work.

Do you get any specific errors when you run nmap or arp spoof or it just doesn’t do anything? If you get errors, please post screenshot for that

Wait are you saying the tools are working but your code is not working? Share the code you are running exactly and the screenshot too. I don’t understand what is not working 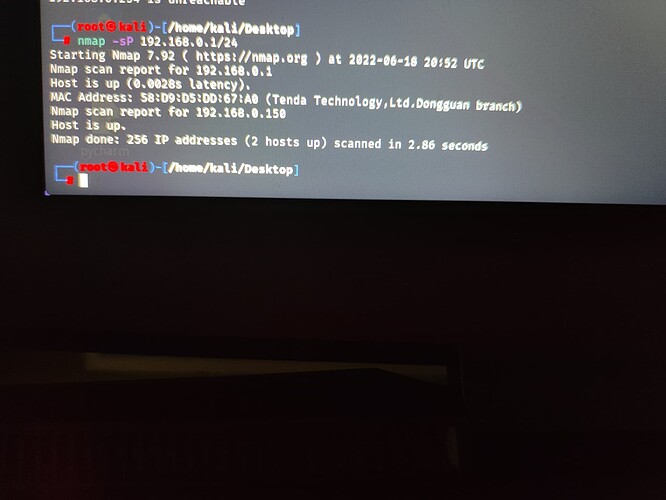 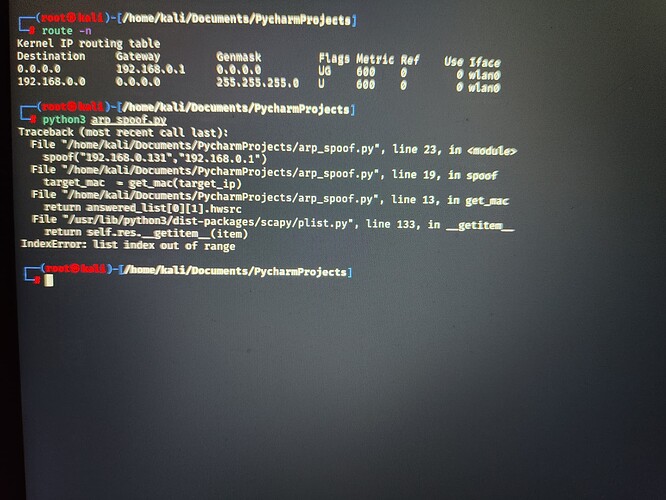 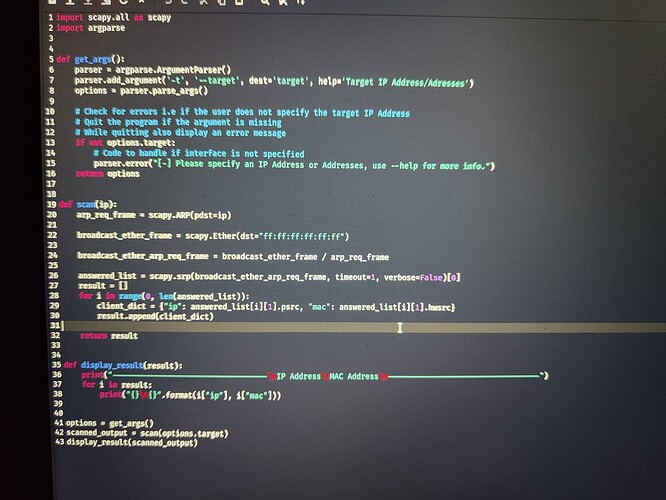 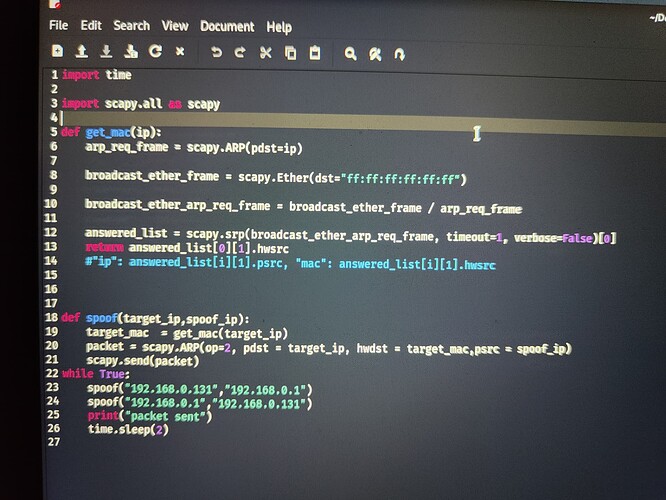 The don’t see the host ending with 0.131 in your namp report. It’s not finding the 0.132 host when you run the python code and that’s why it’s giving the error

Start debugging something like this:
inside scan function, just run arping like: print(arping(ip)) to check what the response is. If you are getting both IPs then something is wrong with ARP function. If you are not getting two IPs then I am not sure if it is something to do with scapy in general not working. Also you said this same code prints all IPs when you run in a VM?

Yes it prints all the ips on VM now i cant debbug because im in another country and i will arrive home in like 7 days so You can take a break for now.

i came back and with not so good news i tried to put your print in my code and after doing that and instaling scapy since it was giving me errors about not having scapy idk why because pycharm had scapy and when i run my code it only gives me the router ip as alive thats the same for nmap and fping but these already built tools do give me addicionally more ips i think there are some other thing with my router because idk what liteon tehnology is(now i had my 192.168.0.113 victim connected to the same network so we should see more), but when i run arp -a it shows me the victim with its mac and ip which is very wierd because arp -a should only show other devices in the network only if it had any connection with the device that is scanning so maybe fping or nmap done something to print that in the arp table 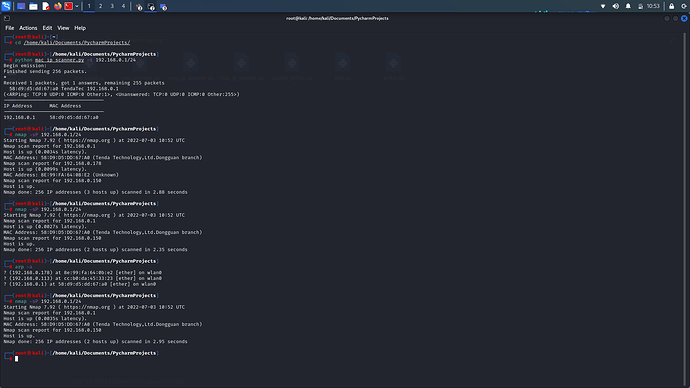 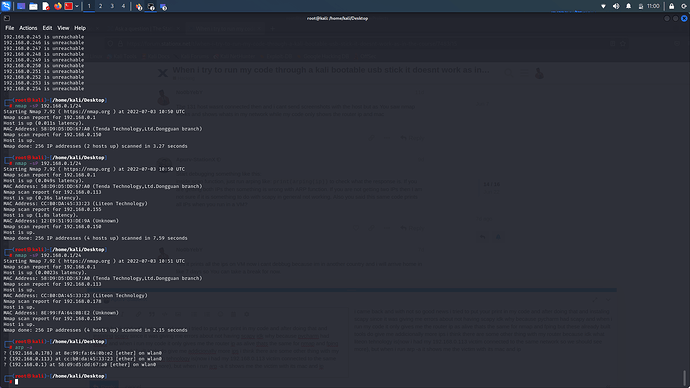 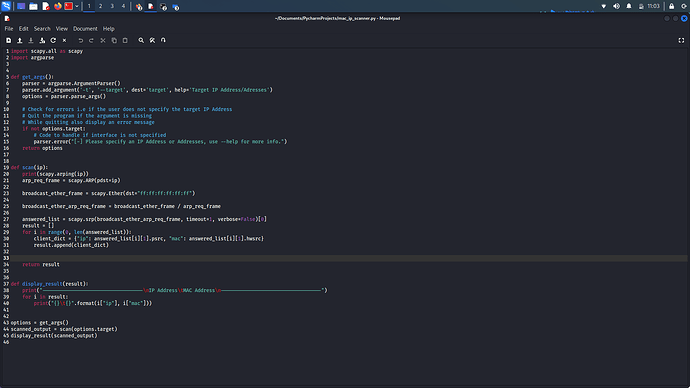 The don’t see the host ending with 0.131 in your namp report. It’s not finding the 0.132 host when you run the python code and that’s why it’s giving the error

The host you were trying to reach was not found by the function scapy.all.srp.
As a result you get no answer from that host.