Hello all,
I am currently taking Zaids Learn Python & Ethical Hacking From Scratch Course and am on the video Packging programs for windows on linux. I cannot run my zlogger.exe on windows, I keep receiving the error “Fatal Error detected Failed to execute script log” on my windows machine when running the script. I have wine installed and went through all the steps properly. I even tried to package the script to an exe on my windows machine and still received the same error message when trying to run the exe. I have both the keylogger and zlogger in the same working directory when I make the package and it still does not work. I have windows defender off. Can anyone help me with this. I added a picture of what the error message is. I don’t know if maybe Zaid added to his script off video and didn’t include on video what he did. I don’t know if it is because before the script was an exe when we would run it in order to kill it we would need to run the killall python command in terminal. If so is there an exception or a way to kill the script. Any help would be greatly appreciated. 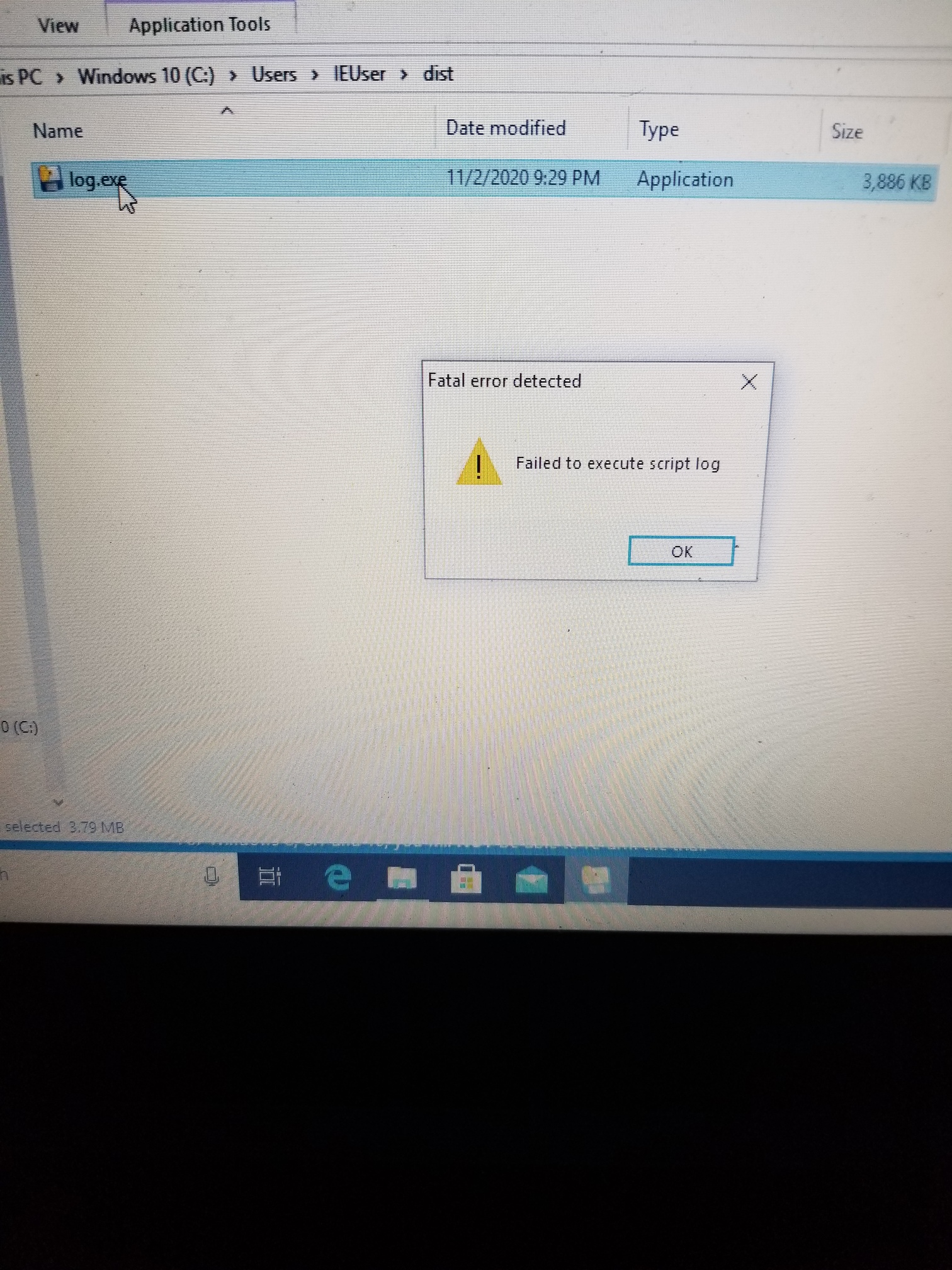